Never Give Up through Unanswered Prayers
By: Lynette Kittle

Then Jesus told his disciples a parable to show them that they should always pray and not give up. - Luke 18:1

Some believe if you ask God once, you don’t need to ask Him again. However, Jesus taught His disciples to always pray and not give up (Luke 18:1).

In one of His parables on prayer, Jesus proposed what you might do if a friend comes to you in the middle of the night seeking food for an unexpected guest. You might be tempted to tell him to go away because it’s late, and you and your family are in bed.

However, because he’s your friend and has so boldly approached and asked you for help, you most likely will get up and give him all He needs (Luke 11:5-8). 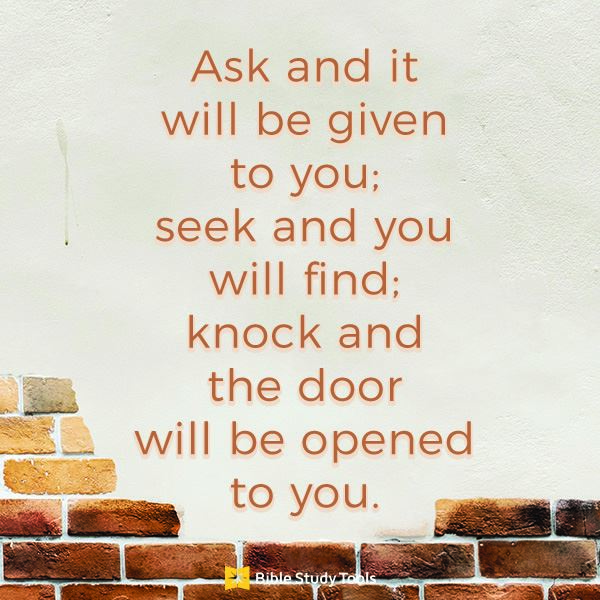 Jesus tells in another parable of a godless judge’s dealings with a widow who refused to accept his unwillingness to grant her justice from her adversary. After relentlessly pursuing the judge with her case, he gave into her merely because she refused to give up.

To His followers, Jesus reassures that if an unjust judge who doesn’t fear God will bring about justice to a widow simply because she kept bothering him, how much more will God do for His chosen ones who cry out to Him day and night (Luke 18:2-8).

Jesus also urges in Matthew 7:7 to, “Ask and it will be given to you; seek and you will find; knock and the door will be opened to you.”

So instead of seeing unanswered prayer as a reason to stop praying, view it as a motivator to not ever give up. As Thessalonians 5:17 encourages, “Pray continually.”

If you’ve been struggling with unanswered prayer, find comfort in knowing God has not forgotten you.

So instead of withdrawing from Him when it seems like He isn’t answering, consider what He might be teaching you during these times, knowing as you draw closer to Him, He will draw closer to you (James 4:8).

Excerpt from: “5 Important Things God Teaches You through Unanswered Prayers.”

Do you love podcasts? In The Bible Never Said That, we unpack some of the most popular "spiritual statements" that have made their way into popular culture and the church, even though they are not theologically sound. Together, we'll hold them up to the Bible to see what God's Word really has to say to us.

This content first appeared on Crosswalk.com and is used here with permission. To view the original visit: https://www.crosswalk.com/devotionals/your-daily-bible-verse/how-god-is-teaching-you-to-never-give-up-through-your-unanswered-prayers-bible-study-minute-march-1-2019.html