The steadfast love of the Lord never ceases; his mercies never come to an end; they are new every morning; great is your faithfulness (Lamentations 3:22-23 ESV)

I just love Moses. I can relate to him on so many levels.

For about forty years, he thought he was an Egyptian...the son of the Pharaoh’s daughter. But somehow he discovered that he was NOT an Egyptian after all. He was a Hebrew, the son of a slave woman. . . and that changed everything

Moses had a mid-life crisis and came up with a plan to save his true people from Egyptian slavery. God did not call him to this plan. He came up with it all on his own. (Red flag for all of us.)

One day Moses was walking among his people and he saw an Egyptian beating a Hebrew slave. Glancing first one way and then another to make sure no one was looking, Moses killed the Egyptian and hid him in the sand. One down. Several million to go. Moses was working the plan.

The next day, Moses was out walking among his people and saw two Hebrews fighting. He asked the one in the wrong, “Why are you hitting your fellow Hebrew?”

The man said, “Who made you ruler and judge over us? Are you thinking of killing me as you killed the Egyptian?”

Moses realized what he had done was widely known. The Pharaoh was out to kill him, and his fellow Hebrews mocked him. So he failed and he bailed.

Moses fled to a place called Midian, married a gal named Zipporah, and joined the family business taking care of sheep. The next time we see Moses, forty years have passed; he is now 80 years old . . . and he is stuck. Oh, sister, I’ve been there. Have you?

This is where many people drive their tent stakes in the ground and settle. They make a mistake, fall flat on their face, and run away to the far side of the wilderness, hoping no one will notice. Praying everyone will just leave him or her alone, at the same time, absolutely miserable that life has morphed into a monotonous, lackluster checklist. Like Moses, many bury their hopes and dreams to protect their hearts from further disappointment.

But that’s not where God wants you to stay. We all fail. We all make mistakes. Peter did. Moses did. Jacob did. Samson did. David did. But just because you failed does not mean you ARE a failure. You are a child of God who makes mistakes.

So if you feel stuck...if you’ve failed and bailed to your far side of the wilderness...it’s time to get unstuck and move forward. God has burning bushes all around. This could be one right now. He’s calling you to let go of your failure, move forward in all that He has for you to do, and live bold.

Come on. Let’s do it together! He’s calling your name.

God, I cringe at the times I’ve let You down. It breaks my heart to think about the times that I’ve failed. But I am so thankful for Your GRACE. Thank You for calling me off the bench and back into the game even when I didn’t feel worthy. I love you so much.

Read Jesus’ discussion with Peter, not by a burning bush, but by another burning fire.

What had Peter done to let Jesus down?

What was Jesus doing during this conversation with Peter?

What is Jesus saying to you through today’s devotion?

More from the Girlfriends

A mediocre, mundane faith is not your destiny! In Take Hold of the Faith You Long For: Let Go, Move Forward, Live Bold, I reveal the most common reasons we get stuck in our Christian faith. I show you how to break free of all that holds you back, move forward with all that God promises, and live the adventurous faith of bold believing. Leave behind feelings of inferiority, insecurity, and inadequacy that hold you hostage and take hold of the mountain-moving faith God intends. You were meant for more…take hold of God’s truth and thrive. Also see the laminated card of your True Identity in Christ filled with verses front and back, and Take Hold Lambano necklace made by women rescued from poverty in Haiti and Mexico.While you’re there, check out my new book, Lovestruck: Discovering God’s Design for Romance, Marriage, and Sexual Intimacy from the Song of Solomon. 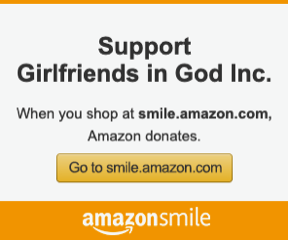 This content first appeared on Crosswalk.com and is used here with permission. To view the original visit: https://www.crosswalk.com/devotionals/girlfriends/girlfriends-in-god-september-18-2019.html