It’s so wonderful when words, phrases, or stories from the Bible become well-known life lessons shared for countless generations. Words such as “let he who is without sin cast the first stone" from John 8:7 offer invaluable wisdom for all ages.

Although in Western modernism, we don’t practice actual stone-throwing in our courts of law, the image still resonates. Because lobbing anything in judgment of another is happening all the time. It’s a painful visual, even today, to hurl your anger at someone with an object intended to harm. And that object can be insults, lies, accusations, or any number of hard options.

What’s so powerful is that what Jesus had to say about casting judgment then still speaks loud and clear today. As if we’re standing with the Pharisees, stone in hand, facing our own frailty. Let’s look at what was happening in this story and what prompted Jesus to say "let he who is without sin cast the first stone" and how we can continue learning from it today.

What Events Led to Jesus Saying "Let He Who Is Without Sin Cast the First Stone"?

Before we land on Jesus’ famous words about being the first to throw a stone in John 8:7, Jesus has been making rounds in Galilee and his brothers are urging him to leave Galilee and go to Judea “so that your disciples there may see the works you do,” and in fact to “show yourself to the world” (John 7:3).

But because even Jesus’ brothers didn’t believe in him, Jesus opts to hang back, telling his brothers to go ahead to the Jewish Festival of Tabernacles because his time had not fully come.

After the brothers head into Judea, Jesus follows in secret. He knows the crowds in Judea are whispering about him, and worse, many want to kill him. When Jesus arrives on the scene and begins to teach, asking why people want to kill him, someone hurls a proverbial stone, responding “you are demon-possessed” (John 7:20). To which Jesus, at the close of his explanation, asks them, “Stop judging by mere appearances, but instead judge correctly.”

Jesus consistently clarifies that he speaks on the authority of God. The Pharisees get increasingly angry. They hate that “this mob that knows nothing of the law” (John 7:49) is believing Jesus to be the living water he is offering.

So the next morning, when Jesus appears in the temple courts, the teachers of the law and the Pharisees took the opportunity to make a scene. With the “mob” gathered, they bring a woman before Jesus who they claim has been caught in adultery. Never mind that adultery takes two, these were keepers of the Old Testament Law...and they felt justified in laying it down however they sought fit.

In an attempt to trap Jesus, they remind him “in the Law Moses commanded us to stone such women.” But Jesus, having come to fulfill the Law with a new everlasting covenant, gently bent down and wrote on the ground with his finger. He is not swayed.

As they badger him, he rises with his instruction: “Let any one of you who is without sin be the first to throw a stone at her.” And he wrote on the ground again.

Let’s notice that Jesus was not requiring that anyone be without sin. In fact, the Pharisees are frequently called out by Jesus as hypocrites (Matthew 23:27), murderers (Matthew 23:34-35), unrepentant (Luke 19:10-12), blind guides, and more.

Some believe Jesus wrote the sins of the Pharisees on the ground. Others believe he wrote some or all of the Ten Commandments. However, there’s another theory I find interesting.

You see, this encounter with the Pharisees is atypically civil. The Pharisees were not in the habit of walking away quietly from Jesus like this. In past rebukes, they remained vehemently undeterred and aggressive, but in this instance, they drop their stones at what Jesus writes.

That’s why one theory suggests that Jesus knows they are bearing false witness, as they never brought the adulterer along with the adulteress. And in Deuteronomy 19:16-21, the Law says to “do to the false witness as that witness intended to do to the other party.”

It’s possible Jesus was showing the Pharisees in silence that they deserved to be executed.

According to this theory, if Christ had spoken this aloud, the group would have surrounded them. And as the law in Deuteronomy required, they would have shown no mercy.

Also, according to Deuteronomy 17:6, two or three eyewitnesses are required to put someone to death. By writing this on the ground, Jesus’ great mercy saves the Pharisees (and the woman) from public execution. Because there were not two or three eyewitnesses, Jesus calms the frightened woman with, “Then neither do I condemn you.” He lovingly bids her, “Go now and leave your life of sin.”

‘Let He Who Is Without Sin Cast the First Stone’ Meaning

When Jesus admonishes the Pharisees with this instruction, he is clearly indicating that God sees our sin. Jesus knew their sinful motive was to discredit his authority, not to bring any kind of justice.

And yes, the law did state that adultery was a sin punishable by death of the man and the woman. The fact that the man was not also brought to trial along with the woman exposes their sinful hearts. And because they cannot say they are eyewitnesses as the law required, Jesus is not violating the law in letting her go without condemnation.

In other words, only Jesus had not committed the sins of lying about the incident, conspiring to discredit God, or calling for execution without the fair number of eyewitnesses (or both the accused).

Only the sinless can judge rightly in this instance, and that is exactly what Jesus does.

How Can Christians Stop Themselves from 'Casting the First Stone' Today?

This story is both frightening and freeing, in that it gives us a close-up look at Jesus’ heart. He knows we sin. He’ll show them to us if we’re willing. And he invites us to the freedom of leaving our sin patterns behind to follow him.

And this isn’t the only time Jesus reminds us. We tend to pick up stones and ignore our own planks. In fact, sometimes, it’s the pain of the planks in our eyes that prompt us to hurt others.

Do not judge, or you too will be judged, For in the same way you judge others, you will be judged, and with the measure you use, it will be measured to you. Why do you look at the speck of sawdust in your brother’s eye and pay no attention to the plank in your own eye? – Matthew 7:1-3

Even if what you want to throw is true, it’s not in our court to condemn. As Christ-followers, we’re called to:

Be kind and compassionate to one another, forgiving each other, just as in Christ God forgave you. – Ephesians 4:32

Do we fail at this? Constantly. But it’s still worth trying, again and again. So to help us avoid casting the first stone in our families, workplaces, churches, online, or anywhere our lives take us, I’d like to suggest three questions:

Will it help? Consider if the result of your accusation, reprimand, contribution, or comment will be greater understanding, an offer of peace, or a tool for reconciliation. If you can’t visualize a greater good for all, and what the stone will help, drop it.

Will it heal? If you’ve asked yourself if it will help and you think it might, because you feel it’s “truth in love,” or “walking in the light,” dig deeper still. Will whatever you’re about to expose or add or type or say actually be instrumental in healing a wound? Will it be a truth that could plant new seeds of hope? Or is it just because you’re really angry, and you feel someone should know. If the situation doesn’t stand a chance at healing from what you say, consider letting the stone go.

Will it hurt? This is the truest test. Stop right away if what you’re about to say will hurt someone. And better yet, if you say something you didn’t know would hurt, and it’s brought to your attention, offer something better than can help or heal.

Beyond the sticks and stones we toss in daily interactions, it’s true some offenses are egregious and can carve out our insides. Some things are so evil it feels we’re left with only rage to offer.

But, instead of gathering stones, we can gather around the word of God that says it best:

Do not repay anyone evil for evil. Be careful to do what is right in the eyes of everyone. If it is possible, as far as it depends on you, live at peace with everyone. Do not take revenge, my dear friends, but leave room for God’s wrath, for it is written: “It is mine to avenge; I will repay,” says the Lord. – Romans 12:17-19

And in Romans 12:21, we see what Jesus was making possible that day as he is today, “Do not be overcome by evil, but overcome evil with good.” 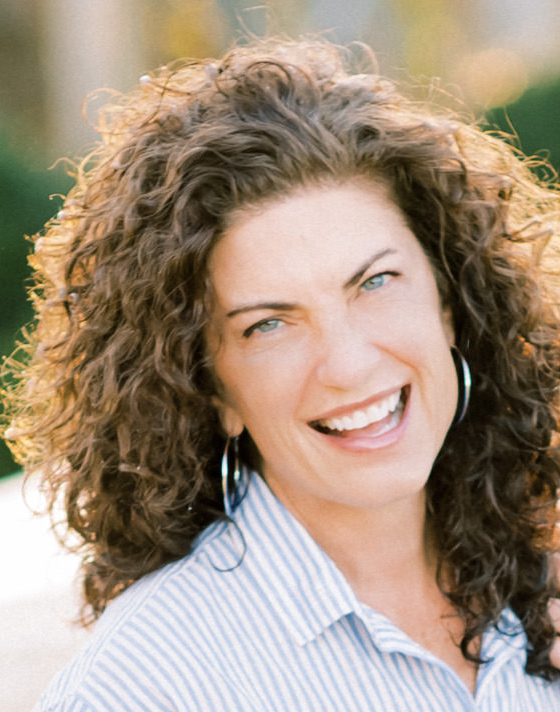 Lia Martin loves to inspire others to lean into the Lord daily. She's a writer, editor, marketer, former Crosswalk.com Faith Editor, and author of Wisdom at Wit's End: Abandoning Supermom Myths in Search of Supernatural Peace. When she's not cultivating words, she loves walking in nature, reading, exploring the latest health trends, and laughing with her two wonderful kids. She blogs at liamartinwriting.com.

This content first appeared on Crosswalk.com and is used here with permission. To view the original visit: https://www.crosswalk.com/faith/bible-study/what-jesus-meant-when-he-said-let-he-who-is-without-sin-cast-the-first-stone.html